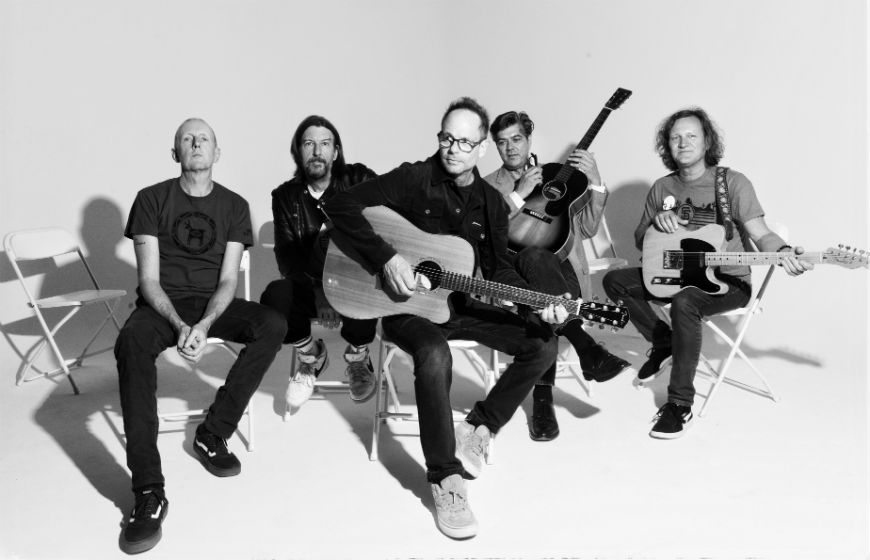 The remaining acts will be announced on Friday, March 1, over the festival’s Facebook Page at www.facebook.com/floodcitymusic.

“Gin Blossoms is an act with great name recognition and enormous appeal – they may have made their name in the 90s, but they’re still recording and going strong, and we’re thrilled to be presenting them on Saturday night,” said Ron Carnevali, who this year returns to his role as festival chairman for the first time since 2012. “Cowboy Mouth’s live show is like a revival tent, with one of the most talented frontmen in the business. Ghost Light and Brownout presents Brown Sabbath are two incredible festival acts – Ghost Light is a new jamband supergroup that’s having a breakout year, and Brownout presents Brown Sabbath is a horn band, members of the Latin funk band Grupo Fantasma playing Black Sabbath covers.”

“We are excited to be entering our 25th year as the title sponsor of the Flood City Music Festival. This festival has provided countless hours of entertainment and community camaraderie for our city and the region while providing us with an opportunity to showcase bands that many may not have the opportunity to see or hear otherwise. We are looking forward to another great festival and we thank the folks are JAHA for all that they do to make this possible,” said Susan Tomera Angeletti, senior vice president – marketing and alternative delivery at AmeriServ, which has continually supported the festival as the title sponsor for the past 25 years.

“Twenty-five years is a long time — we are grateful to AmeriServ for this impressive record of corporate support,” Carnevali said.

The two-day festival is held at Peoples Natural Gas Park, a special events venue developed by JAHA that opened in 2012.

Early-bird ticket pricing (face values) for the festival is $40 for a 2-day pass, or $55 for an Oilhouse (VIP) Pass, which includes access to the Community Foundation Oilhouse Lounge and the site’s only full bar and indoor restrooms, as well as a special viewing area at the mainstage. Single-day tickets will go on sale on May 1, when early-bird pricing expires. Members of the Johnstown Area Heritage Association who buy a 2-day pass will get a free upgrade to an Oilhouse Pass, but must buy in person to take advantage of this member benefit.

More about the top four artists:

Gin Blossoms: In the late 80’s, Gin Blossoms started to grow a huge following as the #1 local music draw in Phoenix and certainly were the hometown heroes of their favorite hang, Tempe, Arizona.

Gin Blossoms indelible jangle-pop sound was evolving during radio’s diverse mix of hair bands and grunge music superstars. They qualified to perform at the South By Southwest Music Festival in Austin Texas in 1989. That same year College Music Journal dubbed them “The Best Unsigned Band In America” and added an invitation to perform on MTV’s New Music Awards in New York City. Their breakout record New Miserable Experience was where their rise to fame began. This album kept the band on the chart for almost 3 years.

From their breakout album through today, Robin, Jesse, Bill and Scotty have sold over 10 million records and are one of the most in demand 90’s live artists who began at the end of the grunge era. Their most recent release, Mixed Reality, came out in June 2018.

Cowboy Mouth: For over two decades, Cowboy Mouth has dished up its unique style of rock & roll gumbo, mixing a rowdy spirit reflective of the band’s hometown — New Orleans — with the fierce firepower of a group that lives on the road. These Louisiana natives have played more than 2,500 concerts and launched their signature song, “Jenny Says,” into the upper half of the Billboard rock charts. Above all else, they earned a well-deserved rep as a raucous, redemptive, live music experience.

Formed during the glory days of grunge music, Cowboy Mouth forged a different sound from the very start. It’s a sound rooted in rock, punk, blues, and the attitude of the Big Easy, a town known for its week-long parties and swampy, southern vibe. Bandleader Fred LeBlanc, who’d previously sharpened his teeth with the punk band Dash Rip Rock, pulls double-duty as the group’s frontman and drummer, leading the charge with his larger-than-life personality and percussive attack. During the band’s early days, record companies warned him against singing and drumming at the same time, claiming that audiences would never go for it… but by the mid-’90s, those same record companies were clamoring to sign the band to a major-label deal.

In other words, in a decade filled with angsty alt-rock, Cowboy Mouth stood out for all the right reasons. The band released its original music with MCA Records, then Atlantic Records. Once the 2000s kicked into gear, the band released music on its own label, cutting out the middleman and focusing on the biggest thing that’s kept Cowboy Mouth afloat since 1990: the audience.

Brownout featuring the music of Brown Sabbath: A 9-piece outfit formed in 2003 by members of the Grammy Award-winning Grupo Fantasma, Brownout has evolved into a musical force all its own. After garnering multiple Austin Music Awards, the band has continued to produce music that is unflinchingly progressive, while evoking the classic influences of artists such asWAR, Cymande and Funkadelic. They’ve performed at events including Bonnaroo, High Sierra Music Festival, Pickathon, FFFFest, Bear Creek Music Festival, Utopia Festival and Pachanga Fest, while regularly touring the U.S. Brownout has also served as a highly in-demand backing band for artists including Prince, Daniel Johnston, GZA and Bernie Worrell.

Bucking conventional tradition, rather than initially focusing on live shows, the band played together for the first time in a recording studio in Philadelphia. This decision gave the band’s members – Holly Bowling, Tom Hamilton, Steve Lyons, Raina Mullen and Scotty Zwang – the ability to come to the project with fresh ears and no pre-conceived notions. They developed the songs as they developed their musical communication which led to trust, creativity and an adventurous take on the process. Scotty Zwang explained it thusly, “It’s a unique and interesting approach we get to take…” “we are being patient with each other and figuring out what the song needs.”

While the recording project has been the beginning point for Ghost Light, the live experience is what will define this band. “In the parts of the sessions where we have had a little more room to just let things go, there have been these little glimmers of what the improvisation will feel like live. That’s a whole other thing and it’s very exciting,” notes Holly Bowling. Tom Hamilton adds, “with this new band, we felt super comfortable going in any direction, knowing that with our new bandmates, the songs will get to where they need to go. And in the live setting, that confidence is just as strong.”

Complete details about the event are available at floodcitymusic.com.