The Johnstown Flood Museum and Heritage Discovery Center/Johnstown Children’s Museum are open Wed.-Sat. from 10 am-5 pm, and Sun. noon-5 pm (no appointments required).  Please visit the children’s museum COVID protocols page for more information specific to that museum. All museum visitors and staff are required to wear masks and practice social distancing.  Welcome! 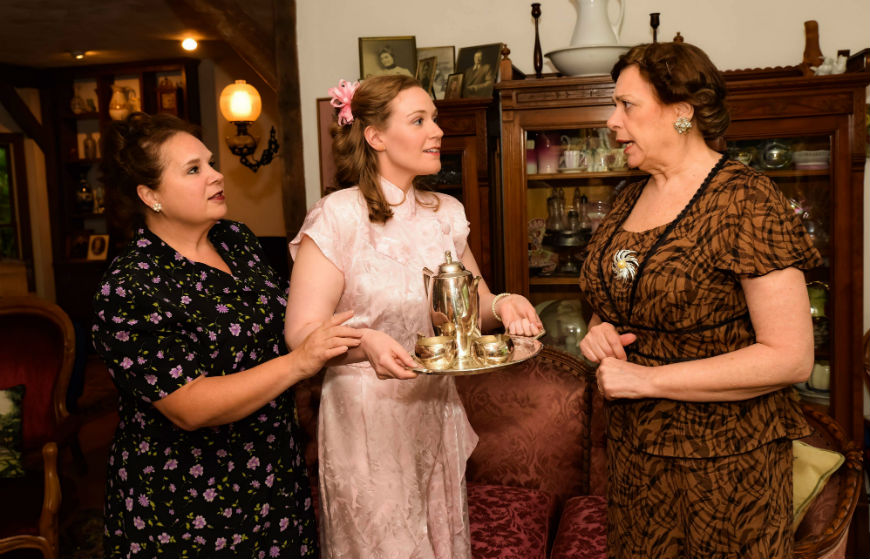 The Stone Bridge Players, a Johnstown-based theatre company under the direction of Rodney Eatman, will present the classic comedy Harvey at the Johnstown Flood Museum! All proceeds benefit JAHA.

Elwood P. Dowd insists on including his friend Harvey in all of his sister Veta’s social gatherings. Trouble is, Harvey is an imaginary six-and-a-half-foot-tall rabbit. To avoid future embarassment for her family—and especially for her daughter, Myrtle Mae—Veta decides to have Elwood committed to a sanitarium. At the sanitarium, a frantic Veta explains to the staff that her years of living with Elwood’s hallucination have caused her to see Harvey also, and so the doctors mistakenly commit her instead of her mild-mannered brother!

General admission tickets are $20 and are available online through ShowClix. The show will be presented June 28-30 and July 5-7. Curtain for all performances is 7:00 pm.