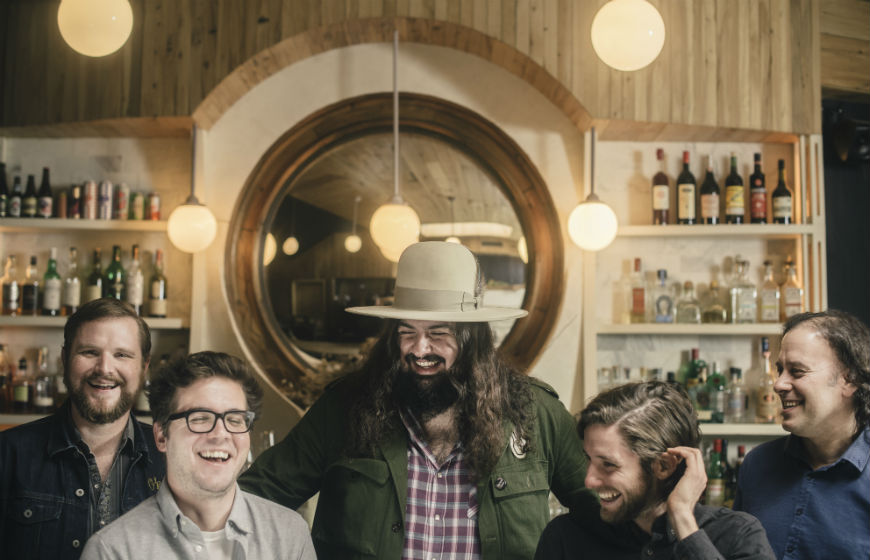 Johnstown favorites Van Waylon will open up the show.

Listening to Buffalo Rose is like driving on the open road with the windows down, letting the breezes of various musical styles wash over you. Buffalo Rose commandeers the shimmering and electrifying riffs of the mandolin (Bryce Rabideau), the cascading guitar arpeggios of folk and bluegrass (Shane McLaughlin), the ringing purity of the dobro (Malcolm Inglis), and the steady percussive thrum of upright bass (Jason Rafalak), providing a effervescent blanket of sound under and around which the ethereal harmonies of Lucy Clabby, Margot Jezerc, and McLaughlin float. There’s a singular beauty in every Buffalo Rose song, whether the group is covering Madonna’s “Borderline” or delivering their stirring original material.

Mama Corn is central Pennsylvania’s premier bluegrass band. This charismatic quartet runs the gamut of song and style, and can please any crowd. Their latest record, “Live and Learn” was released in January of 2017, coinciding with the tenth anniversary of the the band.

Local favorites Whiskey River Panhandlers will reunite to open the evening with a special short set to commemorate the 10th anniversary of their disc, “Songs from Grandma’s Radio”! It’s an impossible paradox of the best Americana music that every song sounds familiar yet new, but The Whiskey River Panhandlers pull it off. Although some carefully-chosen covers are included in the Panhandlers’ sets, most of what you’ll hear is original songs whose taproots run deep, evoking a simpler time when pretty much all music was acoustic and live.