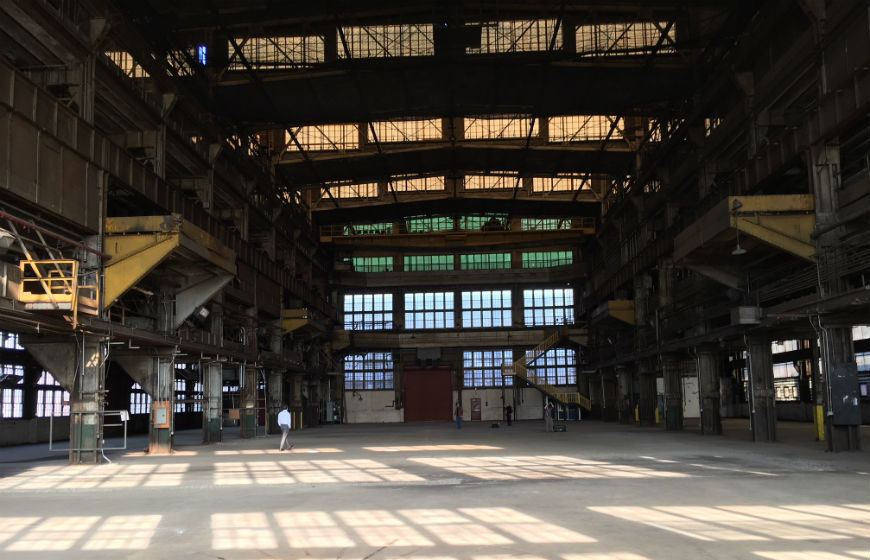 The Johnstown Symphony Orchestra is starting their season with a bang by presenting a free concert at the Lower Cambria Ironworks Machine Shop! The “All-American Program” is set for 7:30 pm on Friday, October 20.

JAHA-commissioned film footage will be shown during Leonard Bernstein’s “Overture from On the Waterfront.” The footage was shot in the Bethlehem mills in Johnstown just two weeks before two divisions closed forever in 1992 thanks to Richard Burkert, president of the Johnstown Area Heritage Association. Richard understood the need to document this crucial part of Johnstown’s history, and obtained a grant from the National Park Service’s Industrial Heritage Project. He then hired Charles Guggenheim, the filmmaker who had directed the Johnstown Flood Museum’s Academy Award-winning documentary, to shoot the 70mm film.

Today portions of the footage are used in the Heritage Discovery Center’s film “The Mystery of Steel,” which also tells the story of the technical innovations in steelmaking that were developed in Johnstown in the late 1800s and early 1900s. The Magic Lantern, the Pittsburgh-based company that produced “The Mystery of Steel,” has edited the footage for the symphony performance.

We’re delighted that this JAHA resource is going to be shown during the concert, and wish the JSO all the best on their upcoming season.