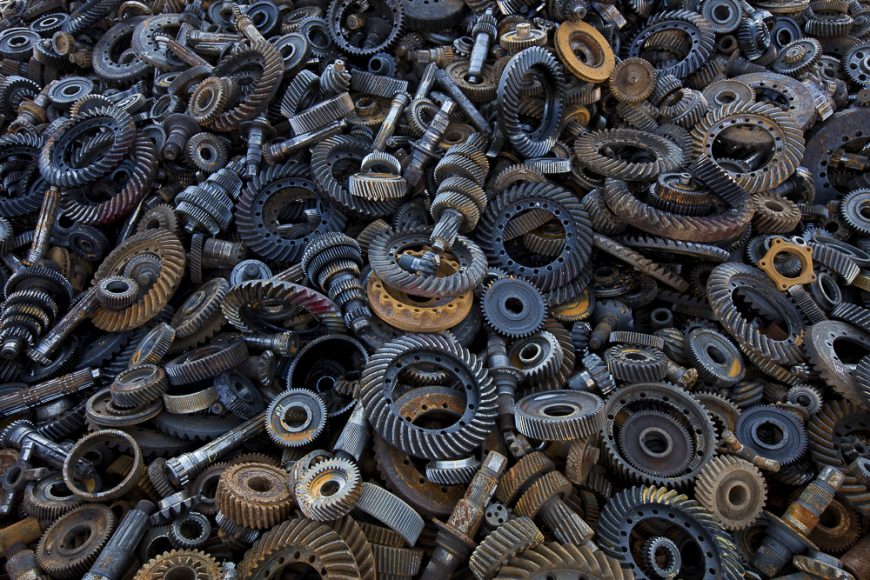 The Johnstown Area Heritage Association (JAHA) is delighted to present a new temporary exhibition, “Machines of Interest: The Selected Works of Stephen Mallon” in the second-floor galleries of the Frank & Sylvia Pasquerilla Heritage Discovery Center.

The exhibition, which will be on display through Feb. 28, 2022, is made possible by support from Liberty Wire Johnstown.

The exhibition consists of 26 photographs by Stephen Mallon, which “embark upon the journey of the industrial lifecycle and uncover the stories of their existence.”

“I’m excited to bring this exhibit from the National Museum of Industrial History to Johnstown, to be able to show it to new people in a new place,” Stephen Mallon said. “It’s a curated selection of images from 15 years of work, showing industrial landscapes and infrastructure that people usually never see or think about.”

Like all amenities in the Heritage Discovery Center, admission to Machines of Interest is included with purchase of a ticket (and free to JAHA members).

More about the exhibition

Stephen Mallon is well-known for his series “Next Stop Atlantic,” featuring decommissioned NYC Subway cars as they are retired in the depths of the Atlantic Ocean as artificial reefs, as well as his series “Brace for Impact”, which chronicles the reclamation of the plane which was successfully landed in the waters of the Hudson river by Captain “Sully” Sullenburger. Mallon’s work has been exhibited in museums and galleries internationally, and his work has been written about in many publications, including National Geographic, The New Yorker, New York Times, Vanity Fair, Wired, Stern, PetaPixel, Viral Forest, BuzzFeed, New York Magazine, and The Huffington Post, and featured on CNN, CBS, MSNBC and NPR.