The Invisible Women of the Woolen Mills 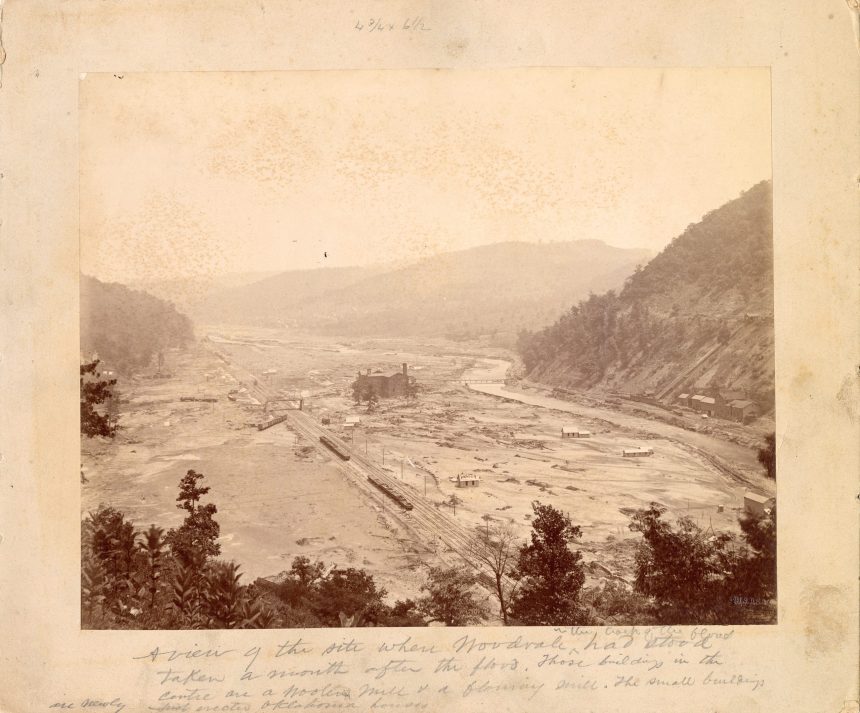 The Invisible Women of the Woolen Mills

“For most of history, Anonymous was a woman,” Virginia Woolf once wrote. This is especially true in the 19th century when written history only portrayed upper-class men. Johnstown’s history is no exception. This was the case of Cambria Iron Works, which was later known as Cambria Iron Company. We are familiar with the names of Daniel J. Morrell, John Fulton, Powell Stackhouse, and so many others. We know a great deal about them since we have access to company and government documents, newspaper articles, and of course, multiple biographies in history books. We also know about working-class men who worked at the mills and mines. We know much less, however, about our local working-class women.

Only men were allowed to work in the mills, yet company managers created the Woodvale Woolen Mills to provide jobs for the daughters and wives of mill men around 1865. This was the only industrial establishment within Cambria Iron where women found employment. The Woolen Mill was part of the Johnstown Manufacturing Company, which also encompassed a flouring mill and a steam press brick establishment. The woolen factory was a four-story brick building, run by steam power, that contained six sets of sophisticated loom weaving machinery. The workforce of this factory wove about 60,000 yards of material a month. Cassimeres were exclusively manufactured here, in all the different grades and weights.

The products were sold in Johnstown at the Wood, Morrell, and Company Store, but also in New York, Philadelphia, and western locations. The Woodvale Woolen Mill was destroyed in the 1889 Flood, along with every house in Woodvale Borough, and the rest of the Johnstown Manufacturing Company. Only photographs of the destruction and devastation remain. At the time of the flood, 300 women worked at the mill — fortunately, they had left the premises around noon, before the flood struck.

Who were these women? We do not know their names, nor do we know their faces. We do not know their stories but do know they were there. We do not possess any records, but they existed — and as many others, they played a fundamental role in the building of this town. Today, March 8, is International Women’s Day, a holiday to commemorate the lives and contributions of working women. Let’s take a moment to reflect upon the women of the woolen mills, to remember them, and not let them be forgotten in the large mass of invisible women that made our city possible.