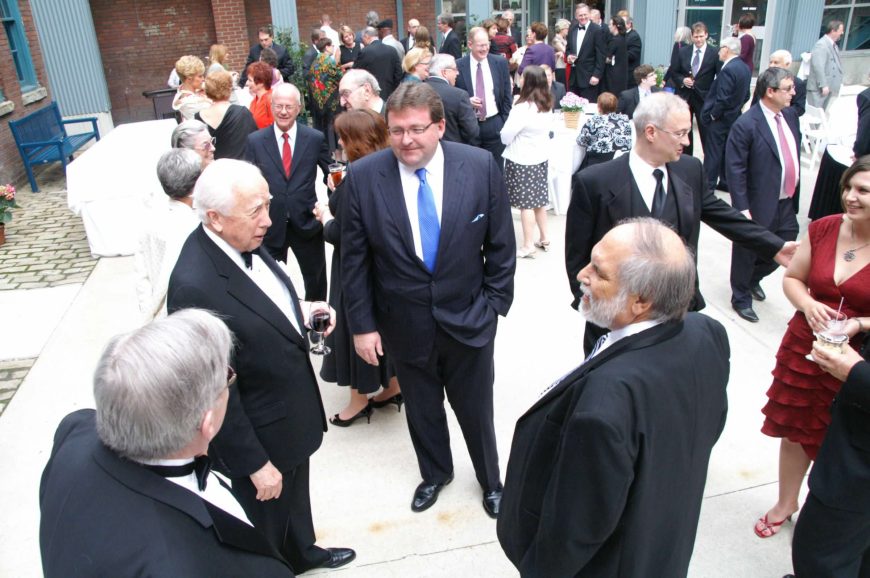 I note with sadness the recent passing of David McCullough, whose book and career have greatly influenced the Johnstown community, my career and life.

Before I interviewed for the position of executive director of the Johnstown Flood Museum, I read David McCullough’s The Johnstown Flood (1968). While the Flood Museum was going through some growing pains, David’s compelling history convinced me that, as an historian, Johnstown was the place that I wanted to start my career, and I was hired in 1979. 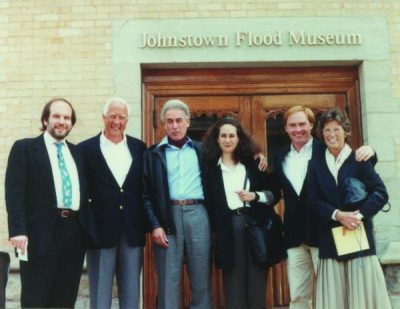 In 1985, David visited Johnstown to present a program at the University of Pittsburgh at Johnstown at the request of Rita Glosser, a friend from his school days in Pittsburgh. I took the opportunity to meet with him to solicit his support in developing the Johnstown Flood Museum. I knew that the centennial of the Johnstown Flood in 1989 would provide an opportunity to transform the Flood Museum into a showplace for Johnstown’s history. I discussed working with David to create a documentary film for the museum, knowing that his growing reputation would help to attract funding for the project. David politely told me that he was planning to produce a documentary on the Johnstown Flood too and had lined up a young and still little-known filmmaker – Ken Burns – to bring the story to life. As fate had it, I was able to move forward with my film project with Charles Guggenheim as director, thanks to the patronage of Congressman Jack Murtha. The Flood Museum’s film won the 1989 Academy Award for Best Documentary Short Subject. Later, WCBH, the Boston PBS station, sought permission to expand the film to a one-hour format for broadcast on the program American Experience. The broadcast of the expanded documentary on PBS brought David back to the Flood Museum as host of the series. Standing inside the Flood Museum, he graciously referred to the Johnstown Flood Museum as “one of the best regional history museums in the country.” Ken Burns ended up directing The Civil War and many other fine documentaries. (Photo above: Richard Burkert, David McCullough, Charles Guggenheim and others at the Johnstown Flood Museum, early 1990s.)

There were many other occasions when David McCullough helped JAHA and the Johnstown community. He came to the 1989 flood centennial, when the new Johnstown Flood Museum and visitor center for the Johnstown Flood National Memorial had ribbon-cuttings, and spoke. As he often said, he truly loved Johnstown and its people.

It is not widely known that he wrote a personal note to Curt Barnette, chairman of Bethlehem Steel, urging the preservation of the Cambria Blacksmith Shop and nearby historic buildings after demolition had begun at the National Historic Landmark site. The property was eventually deeded to the Johnstown Redevelopment Authority, and later, JAHA and the JRA worked to restore it. The buildings now house the Center for Metal Arts, a metal working school that attracts students from across the nation and world to our town.

In 2011, David came to Johnstown once again to receive a Heritage Preservation Award from JAHA. A reception was held at the Heritage Discovery Center (as shown in the header photo, taken by the late Bill Rogers: David McCullough is at left, Richard Burkert at far right with back to the camera), followed by a banquet at the Pasquerilla Conference Center. The short film that was produced to be shown at the banquet is below — it includes footage from his earlier visits to town.

In 2017, David graciously agreed to appear in a filmed appeal to help with JAHA’s fundraising efforts to renovate and redevelop the Johnstown Flood Museum, as shown below.

If anyone ever deserved recognition as an honorary resident, it is surely David McCullough – a true friend of Johnstown.