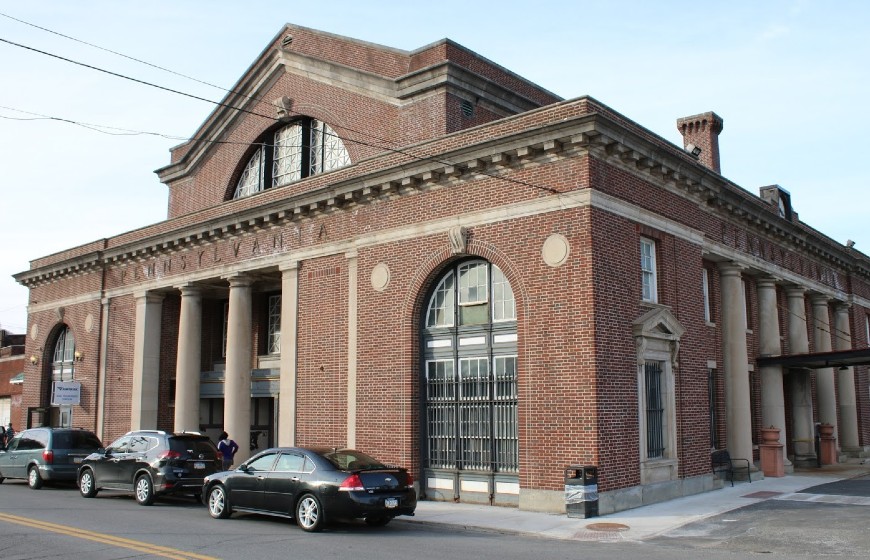 A deal to add a second daily round-trip passenger train through Johnstown was announced this week! The rail lines in Johnstown and Portage will be upgraded to make it possible for freight and passenger trains to switch tracks quickly and keep them running on time.

According to The Tribune-Democrat, work on the $20 million project will begin in early 2023, with the service launching in late 2025.

This is great news for Johnstown, and for JAHA, which has been deeply invested in the preservation of the Johnstown train station since the 1990s, when we restored the concourse of the station in cooperation with the Johnstown Redevelopment Authority in order to retain an Amtrak ticket station in Johnstown. In December 2010, the building was donated to JAHA by Carole Furst Gigliotti and Harvey and Katherine Supowitz with the intention that it would become a visitors center for Johnstown.

In 2016-2018, PennDOT and JAHA invested $910,000 and Amtrak invested $2,000,000 to restore the station roof and install ADA compliance upgrades. In 2017, PennDOT funded a team of architects, engineers, and economists to study what further upgrades are needed for full passenger functionality, as well as transit-oriented development in and around the station. The study also determined the best ways to reuse the vacant areas of the station.

On Nov. 15, 2021, a U.S. Department of Transportation RAISE grant in the amount of $24,448,164 was committed to the City of Johnstown, of which $11,281,411 is programmed for the train station. With the recently announced rail line upgrades and the rehabilitation of the station, rail passenger numbers are expected to rise to a level not seen in decades.

As envisioned, the train station will be a hub for transportation, heritage tourism, and food. The former baggage and express section of the building will house a year-round farmer’s market and food service. The former waiting room and ticket office is currently being used as a headquarters by the Artist-Blacksmith Association of North America (ABANA), which will develop a museum and gallery after building rehab is completed. The concourse will house a visitor center, pop-up vendors and contact points for ground transportation providers, and the second-story offices will tentatively be developed for B&B rentals.

The U.S. Dept. of Agriculture is currently working with JAHA staff and board members and volunteers to complete design for the planned farmer’s market.

At the same time, Amtrak plans to improve passenger accessibility at the station with the construction of a new passenger platform, rehabilitation of the subway and elevator, and other upgrades. The project is budgeted at $16 million.

JAHA is looks forward to continuing work on the train station, and to increased rail passenger service to our city!