The Johnstown Area Heritage Association takes the safety of our visitors and employees seriously. In accordance with Commonwealth of PA guidelines, visitors and employees must wear masks, and are asked to observe social distancing while in our facilities. We are taking additional steps, such as sanitizing surfaces frequently. Please see the calendar below for the current operating schedule of the Johnstown Flood Museum and Heritage Discovery Center; the Johnstown Children’s Museum is currently closed, and we are offering children’s activities in the courtyard and Education Center. Visit often for updates! 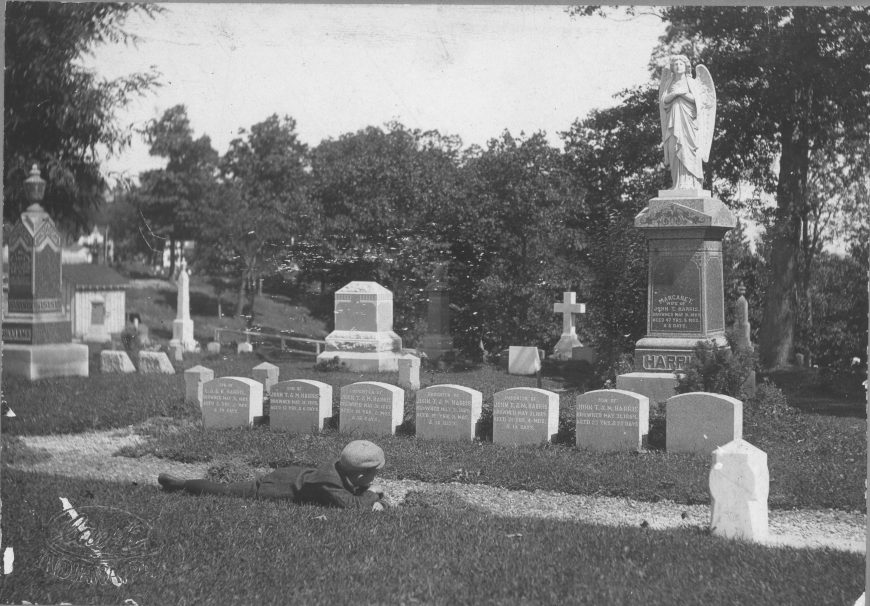 This year, the coronavirus crisis has prevented JAHA from planning an in-person flood commemoration event. But we’re pleased to let you know about the following virtual and outdoor activities that will occur in association with the May 31 anniversary of the Johnstown Flood of 1889.

May 29-31 — Stone Bridge lights will evoke the Johnstown flood: On these dates, the Johnstown Stone Bridge will feature a lightshow that evokes the water, and then the fire, at the bridge. Lighting time is currently 8:30-11:30 pm, and you can also watch it on the bridge livecam. 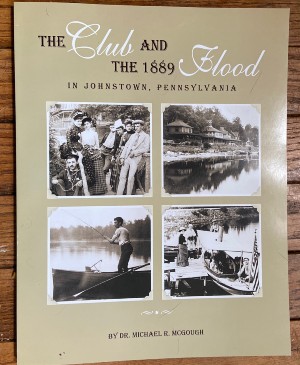 May 31 — Facebook Live presentations by National Park Service rangers: A park ranger will give a presentation on the Johnstown Flood National Memorial Facebook Page at 3:10 (subject: the time the dam broke); 4:07 pm (subject: wreath-laying at the time the flood water reached Johnstown); and 8:15 (the luminaria as the sun begins to set).

May 31 — Flood timeline on JAHA Facebook Page: JAHA has been working hard to bring you virtual museum content through our JAHA at Home initiative, which includes our social media channels. Watch our Page on May 31 for an illustrated timeline of events throughout the day.

May 31 — Luminaria at the Johnstown Flood National Memorial: The National Park Service will hold their annual luminaria on May 31 from 7:00-10:00 pm. Please note that park buildings will not be open, and masks are encouraged.

1889 flood books now available: In addition to “A Photographic History of the Johnstown Flood,” JAHA is now making The Club and the 1889 Flood,” the story of the South Fork Fishing and Hunting Club and the dam that failed, available for $13 (which includes delivery). Contact Kim Baxter to arrange payment and delivery.

If you appreciate JAHA, we encourage you to become a member or donate today! Every dollar makes a difference.

This year, to commemorate the 131st Anniversary of the Johnstown Flood, as we confront the coronavirus and follow social distancing, the Johnstown Area Heritage Association will be presenting a series of virtual plays about Johnstown’s three major floods–1889, 1936, and 1977–written by senior AP Literature and Composition students from Forest Hills High School.

The students wrote the plays as a class project and were mentored in crafting them for the stage by St Francis University professor and playwright Mr. FJ Hartland. JAHA also opened its archives and the students took a class field trip to study their respective play time period at the Johnstown Flood Museum. Under the direction of Forest Hills teacher Dr. Aspen Mock, these plays were all recorded virtually by volunteer actors.

“Originally, we had hoped to stage these plays as live-action performances at Peoples Natural Gas Park,” said Andrew Lang, JAHA curator. “Unfortunately, the outbreak of COVID-19 ended those plans. But we still wanted to find a way for these students’ hard work to be presented. It was at this point that we decided that if we could not get people together to put on the play, maybe it could be done remotely.”

Using this approach, the project participants were able to record the plays live, going through the dialogue just like a staged reading of the play.

“Presenting a contemporary audio drama is certainly a progressive and unique endeavor,” said Mock. “The students who wrote these plays are seniors, and amidst so many cancellations, we wanted to ensure that for this project they still had an opportunity to share their work with an audience.”

“This was a unique opportunity for the students to be storytellers,” said Lang. “They did research to inform their knowledge of these three events, but these are some of their own characters and stories, which I think shows a terrific amount of creativity.”

On writing the plays, Forest Hills senior Abigail Seese said, “Writing this play was easily one of the most challenging yet remarkable experiences that I’ve ever had in literature classes and writing in general. It allowed me to learn more about our area’s captivating history, made me think outside the box, and encouraged me to really try to reach into people’s hearts and minds through the power of words.”

The plays are as follows:

1889: “Torn Apart” – written by Dara Edwards, Baylee Frampton and Ariel Zevorich. A sweeping romance with a supernatural flair set against the backdrop of late-Victorian Era Johnstown and South Fork.

1977: “Dead in the Water” – written by Luke Docherty, Donovan Faith, Thomas Hockensmith, and Hadan Romanow. An account of the 1977 flood that shows the grit and determination of steel mill culture.

“This is such a talented group of performers,” said Mock. “Their dedication to this project has been profound; it’s been an amazingly creative experience for all participants and we really created a collaborative virtual environment. We had to take everything we knew about stage play acting and modify it- essentially building a new genre together! I encourage everyone who plans to listen to the plays to sit back, relax and enjoy journeying back in time.”