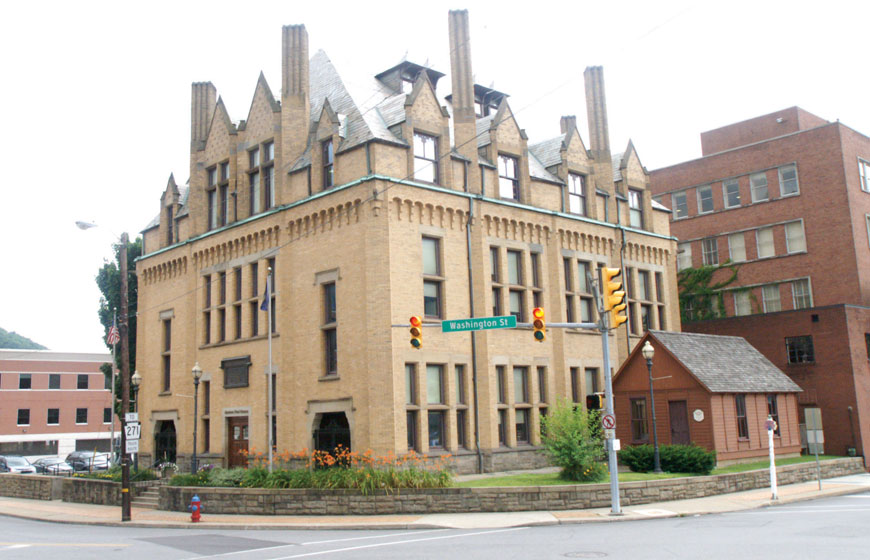 The Johnstown Area Heritage Association (JAHA) has received a major grant from 1889 Foundation in support of the Johnstown Flood Museum Revitalization Project. The grant will fund exhibition upgrades at the museum, one of Johnstown’s flagship tourism attractions.

The $250,000 grant helps JAHA unlock additional funding for the overall project by completing a required match for a Redevelopment Assistance Capital Project grant of $500,000, as well as private foundation funding.

The grant supports “Voices of the Survivors,” an interactive exhibition based on firsthand survivor accounts, including an interview with Dr. Victor Heiser that was recorded by author David McCullough when he was researching his 1969 book, “The Johnstown Flood.”

Victor G. Heiser, MD (1873-1972), was born in Johnstown and survived the 1889 flood, in which he lost his parents. Dr. Heiser graduated from Jefferson Medical College (now Sidney Kimmel Medical College) in 1897, and in 1898, was appointed assistant surgeon in the United States Public Health Service. Following his retirement, Dr. Heiser focused on public health and the advancement of industrial medicine.

“Victor Heiser left Johnstown to become a physician who specialized in public health, “ Mann said. “It is fitting that 1889 Foundation helps tell his story.”

The grant will also support the creation of “The Flood in 3-D,” which will allow visitors to take a virtual tour of Johnstown before and after the disaster. Many stereoscopic photographs of the flood are available, as this type of photography was popular in the late 1800s.

“We are extraordinarily grateful to 1889 Foundation for their support of the exhibition portion of our project,” said Richard Burkert, JAHA president. “Today’s digital interactive technologies open up compelling ways for us to use our collections to tell the story of the flood to a whole new generation of Americans. The result will be unlike anything offered by a history museum in Pennsylvania.”

The Johnstown Flood Museum was re-opened in 1989 on the centennial of the May 31, 1889 flood with new exhibitions and an Academy Award-winning documentary. JAHA is currently engaged in an $2.1 million effort to renovate the building and upgrade and add to its exhibitions.

The project, which was endorsed by famed historian David McCullough, is now nearly 70% funded through grants from the Redevelopment Assistance Capital Program, the PA Keystone Historic Preservation grant program, and several regional foundations, as well as contributions from many generous businesses and individuals.