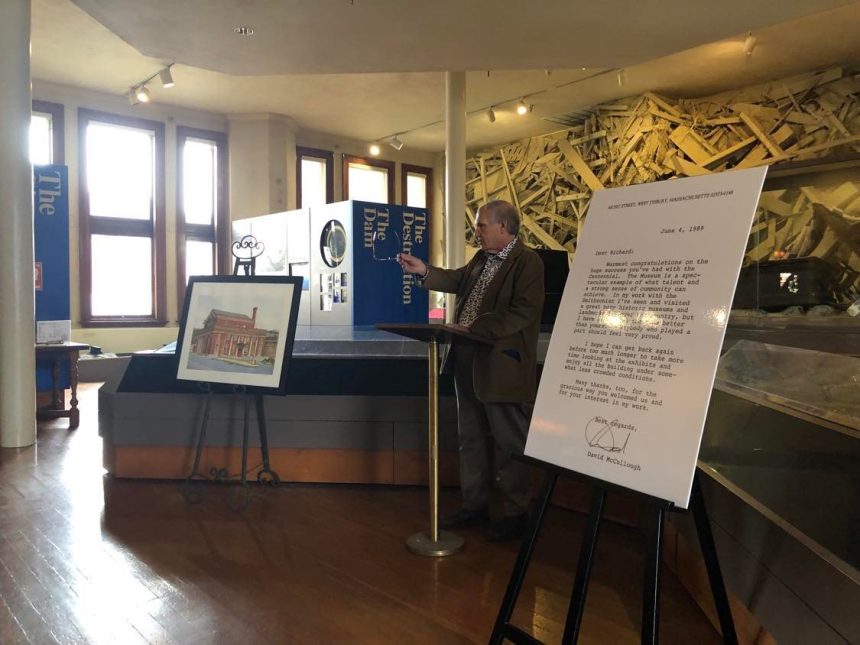 Today the Johnstown Area Heritage Association (JAHA) held a press conference at the Johnstown Flood Museum to kick off its 2023 Annual Fund drive to support its operations and programs in the coming year.

“Johnstown is full of nationally significant stories – the stories of immigration, coal and steel, and of course the 1889 flood – and JAHA’s mission is to preserve and present them,” said Richard Burkert, JAHA president and CEO. “Most everyone in Johnstown has a personal connection to at least one of these stories.”

JAHA has become more self-supporting from earned income from admissions, events, sales, and rentals. But like nearly all cultural organizations, JAHA requires community support to maintain its programs, and the Annual Fund is a critical part of its budget.

“JAHA has had a strong year of recovery, coming back from the pandemic,” Burkert said. “But there is still so much to do and plan, including the Johnstown Flood Museum’s 50-year anniversary.”

The Johnstown Flood Museum, JAHA’s flagship attraction, was renovated and refurbished in 1989 for the flood centennial.

“The Museum is a spectacular example of what talent and a strong sense of community can achieve,” wrote author David McCullough in a June 4, 1989 letter to Richard Burkert. “I’ve seen and visited a great many historic museums and landmarks all over the country, but I have never seen one done better than yours.”

The Johnstown Flood Museum has introduced more than a million people to the story of the 1889 flood, and JAHA is now working toward a complete building renovation and the installation of new exhibits and multimedia.

“The power and relevance of the flood story endures, and attracts visitors, researchers, and media from all over the world,” Burkert said. “The redevelopment of the Johnstown Flood Museum will substantially increase tourism here and help create a brighter economic future for Johnstown.”

Other recent and current JAHA projects include the following:

“The support of our community is vital to all that JAHA is trying to achieve,” Burkert said. “We are grateful for all donations to our Annual Fund.”

The fundraising goal of the Annual Fund drive is $100,000, of which almost $26,000 has already been raised. Letters about the Annual Fund are going out this week to JAHA supporters and the business community. Supporters can also donate online at jaha.org by clicking on the “donate” button, or by mail at PO Box 1889, Johnstown, PA 15907.