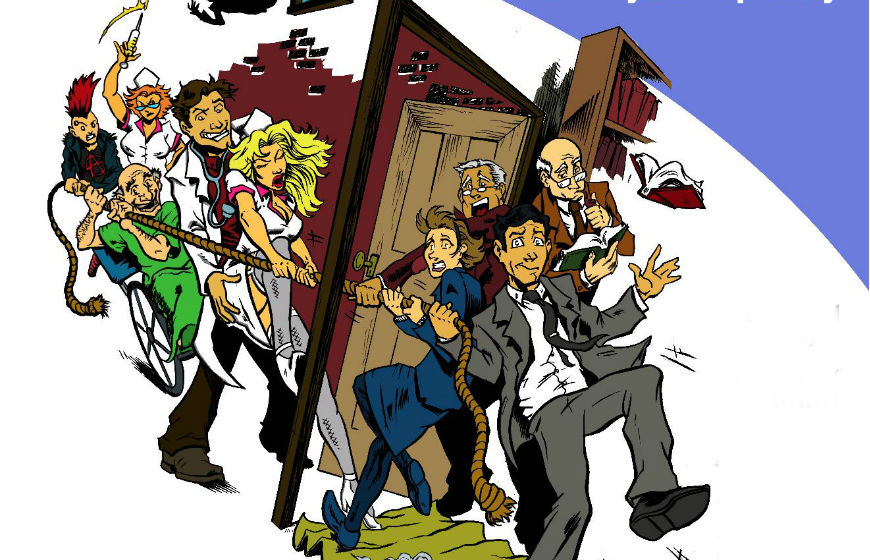 The beautiful lights on Johnstown’s Stone Bridge glow throughout the year, commemorating seasons, holidays, and events, a visual promise that our city is alive. The glow now on the bridge is a promise that the aptly named Stone Bridge Players will return this summer in yet another season. We’ve now celebrated seven birthdays and are delighted to announce the coming special season, with performances beginning June 26 and extending to July 13.

Heretofore, our small organization has produced one play a season, but this year we will venture into repertory, with two simultaneous productions each playing five performances on alternating nights. It is a challenge to stage two plays on two sets, changing over after each performance, but this young company has grown exponentially in seven years and is ready to display the depth required by repertory. Some of our versatile actors may even be seen in both productions.

The opening performances, on June 26-27, are Ray Cooney’s madcap British farce, “It Runs in the Family,” a large production with twelve actors set in a British hospital, filled with accidents, chases, and mistaken identities, in and out of doors and windows.

Then, on the following two evenings, June 28-29, Simon Gray’s gentle comedy, “Quartermaine’s Terms,” opens, set in a British school and focusing on a fascinating group of teachers. The “mishaps” here are engrossing and psychological, with a generous dollop of humor.

Beginning the next week the two plays will alternate into July for a total of ten performances in our air-conditioned theatre on the third floor of the Flood Museum. Elevator, handicapped access, and free parking are available.