This post was made available to JAHA members first, before the general public, as part of our Membership Mondays program. To become a JAHA member, contact Deb Winterscheidt.

Welcome to our second Membership Monday post! Today’s content is the original renderings of the Clara Barton (Ludwig) House, which is the house that Clara Barton is believed to have stayed in and operated from during the relief effort for the 1889 Johnstown Flood. Barton, 67, arrived in Johnstown on June 5, 1889, just five days after the flood occurred. Thus, the Johnstown flood was the first major peacetime relief effort for the American Red Cross. (You can read more about the intertwined histories of the Johnstown flood and the American Red Cross here).

These images are courtesy of Joe Incardona, Clara Barton House and Garden board member, whose mother was a Ludwig. His cousin, Bridget Quinn Keller, provided the original architectural drawings that were in the possession of her late mother, Kitty Ludwig Quinn, who passed away recently at the age of 96. “My Aunt Kitty grew up in the Ludwig House,” Incardona explained.

Tom Harley, of UpStreet Architects, took a picture of the original drawings with his phone and sent it to his daughter, Hannah Harley, to ask what she could do with it.

He said, “I didn’t dare take it out of the frame or remove the glass due to the fragility of the paper.”

Hannah Harley worked with the image digitally, and was able to re-create the original drawings, as seen here. Our thanks to Joe Incardona, UpStreet Architects, and Tom and Hannah Harley for making this possible! 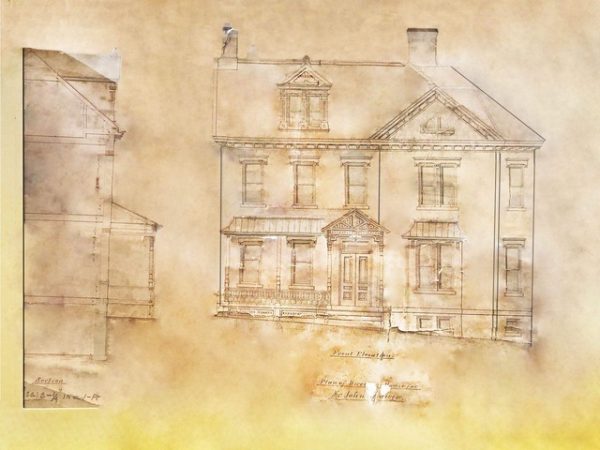 Here is an image of the house in the immediate aftermath of the flood: 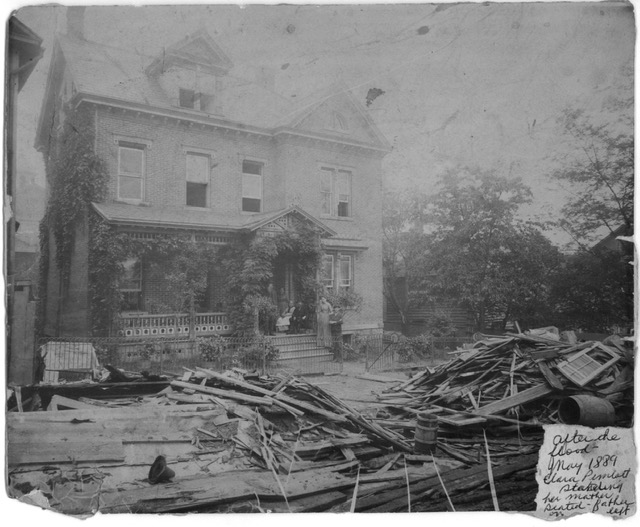