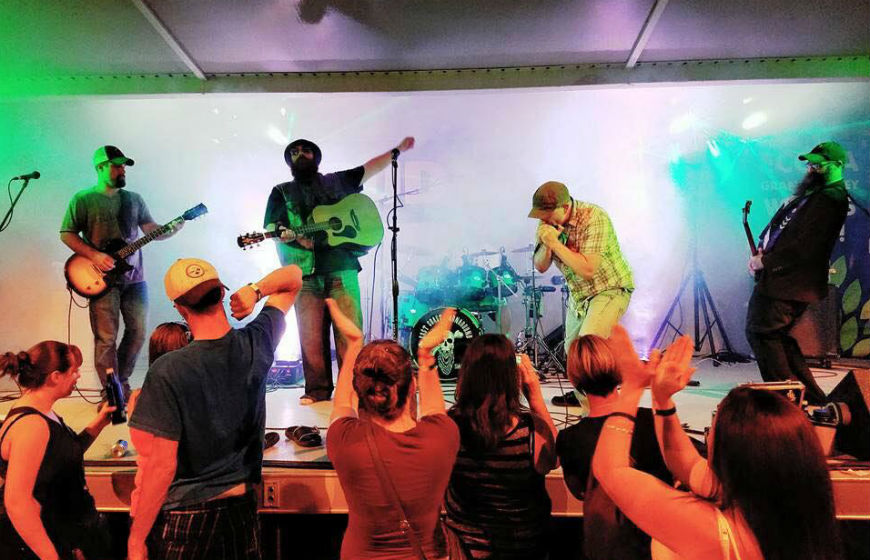 Ten BBQ vendors will be competing for the best ribs, best brisket, best pulled pork, best chicken and more to be judged by a panel of judges.

Special prices on BBQ platters all day long. Enjoy some of the best BBQ from 10 of the region’s bests BBQ chefs. Pay as you go or buy a special sample pass at the door for $35!

Tickets are just $5 in advance (available at the Heritage Discovery Center) or $8 at the door. Sampling package price is$ 35 available only on day of the event, and includes 5 vendor samples (portions and products vary).

GMC not to be confused with the world famous auto maker—is a trio of musicians that have been performing together in various incarnations for over 10 years: George Lucas, Mark Montgomery and Chazz Kramer. The goal of GMC is to combine all the members’ influences and musical styles into one foot stompin’, hand clappin’, entertaining performance while keeping the legacy of classic rock, country and blues alive and well.

Kevin Dale is a singer-songwriter from the Steel Mill Hills of southwest central, PA. Kevin has had the opportunity to play Heinz Field in Pittsburgh and many other great venues between New Jersey and Ohio and from Nashville to New York. You can characterize his sound as modern country with a classic twist.

The Andy Davis Band is an Outlaw Country/Southern Rock group based in Mt. Pleasant, PA. Andy and his band deliver a high energy show specializing in their own hard-driving interpretation of country music, with a dash of ripping guitars for good measure. From the highs of modern upbeat party songs, to the lows of heartbreaking ballads dealing with loss, regret, pain and sorrow, the Andy Davis Band has managed to carve its own unique niche within the realm of the local music scene.

East Coast Turnaround is a group of five men from the industrial town of Jeannette, PA. They are Chad Fetty, Jason Fetty, Ray Kuchinka, Tim Penska and Wayne Baker. Their songs chronicle the struggles of people in their hometown and region. The band uses the term “Trucker Rock” to describe their music. A friend of the band said, “It’s not really country, it’s not hard rock, it’s Trucker Rock.” They like the term because it’s unique & blue-collar American.

Steve Mattis and the Family Band is front-man Steve Mattis along with varying members of his talented musical family. Steve has been entertaining in the Laurel Highlands region for decades, playing a crowd-pleasing mix of country and rock to a loyal fan-base of all ages.

Entertainment schedule is as follows: